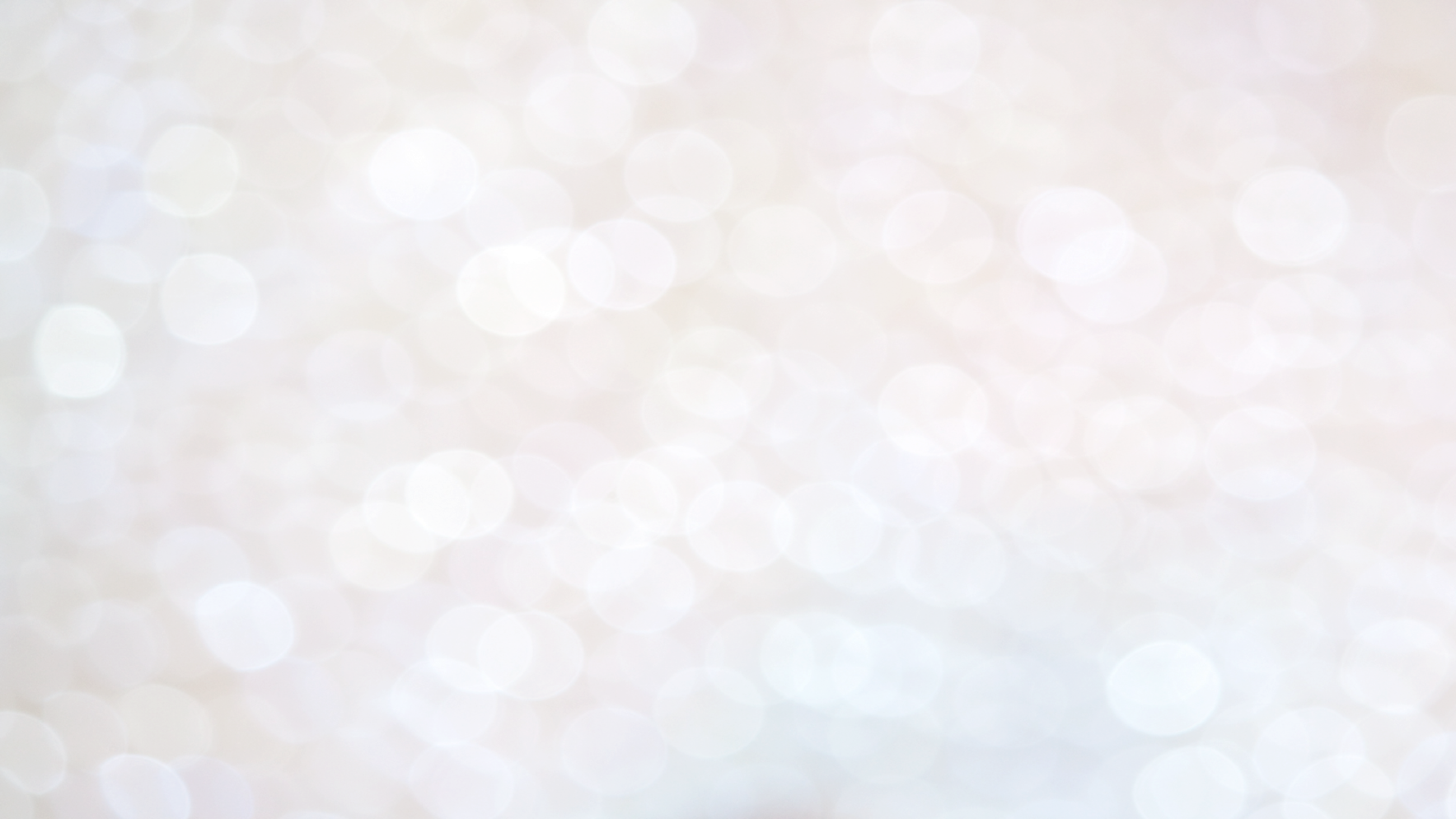 Help us welcome Andy Marra as our new Executive Director!

Every dollar raised online will be matched up to a total amount of $13,000.

We are no longer accepting donations on this campaign, but there are other ways for you to support us today! 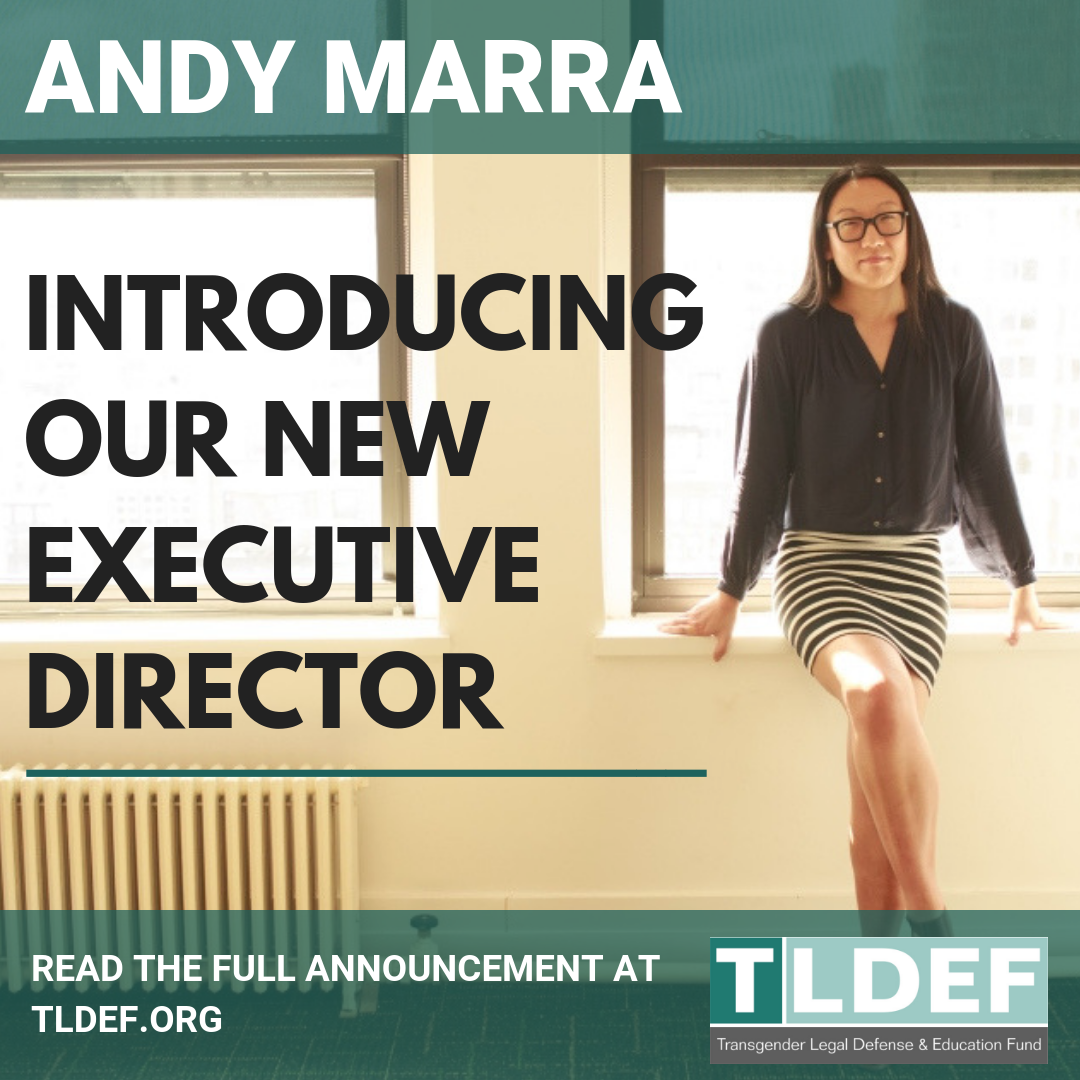 TLDEF is excited to announce that Andy Marra has been appointed our new Executive Director!

Over the course of five months, an executive search firm conducted an exhaustive nationwide search, reaching out to upwards of 250 prospects and sources and ultimately vetting more than two dozen potential candidates. After multiple rounds of interviews and presentations, TLDEF's search committee narrowed the pool to six final candidates from whom Andy Marra was unanimously selected as Executive Director.

Andy is an accomplished activist who brings to TLDEF more than 15 years of experience in the LGBTQI movement. Most recently, she managed external communications at the Arcus Foundation. Among her accomplishments, she was a leading partner on the Global Trans Initiative, a historic multi-million dollar philanthropic commitment to increase funding to trans communities worldwide. In the past, she has held roles at GLAAD, GLSEN, and Nodutdol for Korean Community Development.

Andy begins at TLDEF on December 3. To support her leadership, TLDEF has launched an online crowdfunding campaign where a small group of anonymous donors excited about Marra's appointment have issued a matching challenge. Every dollar raised online will be matched up to a total amount of $13,000.

In total, TLDEF aims to raise $26,000 before Marra's first day. Can you help us reach our goal?

A host of leaders from across the LGBTQ and broader social justice movement have offered an outpouring of support for Andy's appointment:


"I am excited to see Andy Marra become Executive Director at TLDEF at this critical moment for the LGBTQ movement. Having first met Andy when she was a dynamic GLSEN student organizer, I am so proud to have witnessed the difference she has made over time. Andy's deep knowledge of, and engagement with many different sectors of the LGBTQ community and her track record of impact as an advocate position her for tremendous success as part of an emerging generation of new organizational leaders. I look forward to having her as a colleague."
Eliza Byard, Executive Director
GLSEN

"Andy is the right person at the right time to lead TLDEF - and our LGBTQ movement will be stronger for her leadership. Andy's impact on the movement and on the broader work for social justice has already been significant. She has committed herself to those most marginalized, and brings with her an acute understanding of the interconnectedness between people, issues and movements. As a writer, activist, and strategist, she has amassed a broad set of experiences in communications, funding, board service, non-profit leadership and shaping messages that move people. Now, more than ever, with so many threats against the well-being of transgender people, Andy and TLDEF are welcome contributors and leaders in our community's work for freedom, justice and equity."
Rea Carey, Executive Director
National LGBTQ Task Force

"I am extremely pleased to see Andy Marra named TLDEF's Executive Director. As a partner in the LGBT movement, I am excited to see organizations bring on the best talent and harness their transformative energy for positive change. TLDEF has undoubtedly done just that. I am eager to continue working with Andy and TLDEF during this critical time."
Brad Clark, President & CEO
Gill Foundation

"Andy Marra's appointment as TLDEF's executive director brings a powerful force for good to the advancement of transgender rights. She has dedicated her career to uplifting trans people, young people, and communities of color.. Her strong leadership will inevitably further the goals and mission of TLDEF and the wider LGBTQ movement. I enthusiastically welcome her to this new role and look forward to working collaboratively with her in our effort to secure full nondiscrimination protections for LGBTQ people nationwide."
Masen Davis, CEO
Freedom for All Americans

"Andy Marra is an LGBT community treasure and a fierce advocate for equality and justice. Since first meeting her as a high school student nearly 20 years ago, I've seen her succeed and persevere no matter what. Her combination of smarts, warmth, communications abilities, and tenacity is exactly what our movement generally and TLDEF specifically need at this critical moment in time."
Matt Foreman, Senior Program Director, Gay and Lesbian Rights
Evelyn & Walter Haas, Jr. Fund

"Congratulations to Andy Marra and TLDEF. I am thrilled to see Andy, a trailblazing community advocate and trans woman of color, take on this vital role leading one of three national transgender-specific organizations in the U.S. TLC is excited to fight alongside TLDEF under Andy's leadership in this moment of intense attack and fierce resistance for transgender people of color."
Kris Hayashi, Executive Director
Transgender Law Center

"I am elated to see Andy Marra take the helm at TLDEF. She has been a trusted movement partner for more than a decade. As NCTE's former board chair she worked tirelessly to advance the goals of our organization and went on to be awarded our NCTE Julie Johnson Founder's Award. Andy is an incredible leader with a gift for working in a spirit of collegiality. As transgender Americans continue to face an onslaught of attacks from the highest levels of our government, I look forward to working side by side with her and TLDEF to fight anti-transgender discrimination and improve the lives of all those we collectively serve."
Mara Keisling, Executive Director
National Center for Transgender Equality

"Kudos on hiring Andy Marra as TLDEF's executive director! As a past colleague at the Arcus Foundation, I observed firsthand her dedication to building the power of trans and gender nonconforming people, never losing sight of the intersections in our communities. Andy's partnership with launching the Global Trans Initiative, a historic multi-million dollar philanthropic commitment in support of trans communities, remains a professional highlight. I am certain Andy will continue to use her skills and experiences to bolster the goals of TLDEF and move us even closer to equity and justice for all."
Roz Lee, Vice President Strategy and Programs
Ms. Foundation For Women

"I applaud the naming of Andy Marra as TLDEF's executive director. She's a fierce activist who has used her voice as an out transgender Korean American to advance rights for countless members of our LGBTQ Asian American communities. She's not only a past NQAPIA Community Catalyst Award winner, but has also been a trusted partner in many of our most vital initiatives. I can attest that Andy has the strength, tenacity and smarts to expand TLDEF's mission and improve the lives of transgender people."
Glenn Magpantay, Executive Director
National Queer Asian Pacific Islander Alliance (NQAPIA)

"Andy Marra is an inspired choice for the next executive director of TLDEF. During these challenging times we need leaders that recognize and understand the central role that race plays in all of our fights for full equality, dignity and liberation. I remember Andy during our time together at GLAAD as a smart, passionate and dedicated advocate, always willing to learn and grow. I have no doubt that Andy's experience and leadership working at the intersection of gender identity, race and politics will serve her and TLDEF well — congrats to all involved in the excellent decision."
Rashad Robinson, President
Color Of Change